I have been on a shoe kick lately for some reason.  I bought three pairs of Steve Madden shoes, one pair of Sam Edelman and Tory Burch flats.

I love them all, but I kinda favor the Tory Burch ones, for now anyway! 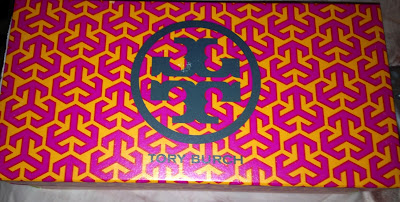 I have been wanting these shoes for a long time now, and have been on the hunt to try to save some $$ on these too.  I even looked on Ebay for a lightly used pair  ( which they do have a lot of ), but that kinda grossed me out, so I axed that idea . ( It's a good idea, just not for me ) 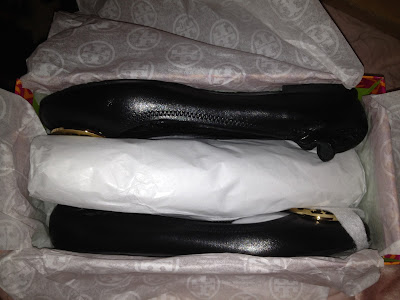 A few weeks ago Bloomingdales was having Friends and Family sale for 20% off, and yes they had my shoes in stock.  Yay, was this meant to be?  I think so ;) 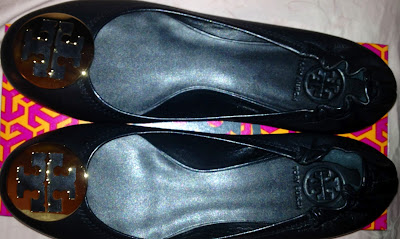 So here are my brand new Tory Burch Reva ballet flats with the gold medallion , and yes they hurt my feet like a mutha at first...... Don't let anyone tell you different. ( hehe)
Best part is, I saved money on them too... Score!! 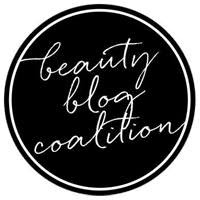